Set off for Sorèze Abbey School in the footsteps of the famous Benedictine monk Dom Robert, master of Aubusson tapestry, and wander through his abundant and colourful universe, glorifying the nature of the Montagne Noire. Then, from room to room, wander through the corridors of this historical site which has welcomed generations of schoolchildren who have become famous.

Immerse yourself in the life of a student at Sorèze Abbey School.

This Benedictine abbey, founded in 754 at the foot of the Montagne Noire, owes its fame to the innovative teaching methods it introduced from the 17th century until its closure in 1991. Its fame was such that it was made a Royal Military School under Louis XVI and welcomed students from all over the world. Enter this splendid listed building surrounded by parkland, and sense life in this prestigious school and knowledge in the old classrooms, the hall of fame, etc.

In the 20th century, Dom Robert officiated at the venerable En Calcat Abbey in Dourgne. The monk, a master of 20th century tapestry, only came here posthumously and thanks to his works woven in Aubusson. Country scenes in a naïve style, colourful and full of nature, will charm your inner child and make you dream of going to meet him on the nearby Dom Robert path. In Massaguel, admire the fresco he painted in his fresh and colourful style in the choir of Saint-Jean church.

LEARN MORE ABOUT THE DOM ROBERT MUSEUM AND THE ABBEY

When Pierre-Paul Riquet laid the first stone of the Saint-Ferréol reservoir in 1667 to supply water to his Canal du Midi, he had no idea that 350 years later his work, in addition to being listed as a World Heritage Site, would become a major water sports centre. Pedal boats, catamarans, windsurfing and paddle boarding will delight your desires for water sports. If you don’t have sea legs, you can ride a mountain bike, hike or go on an adventure course around the lake.
A historic and fun place ! 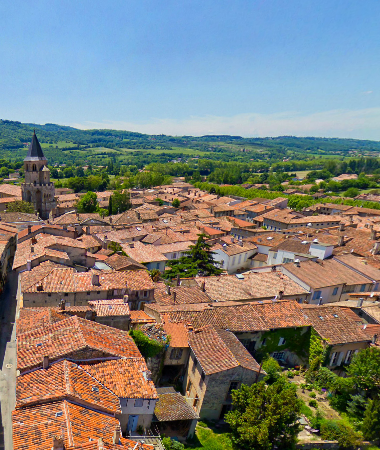 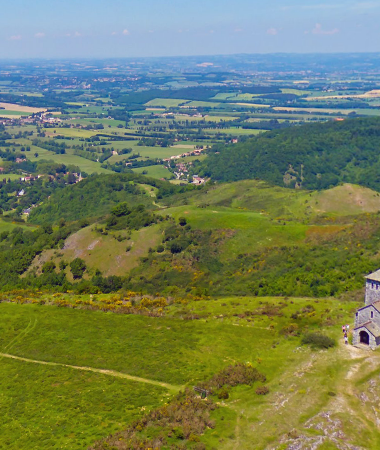