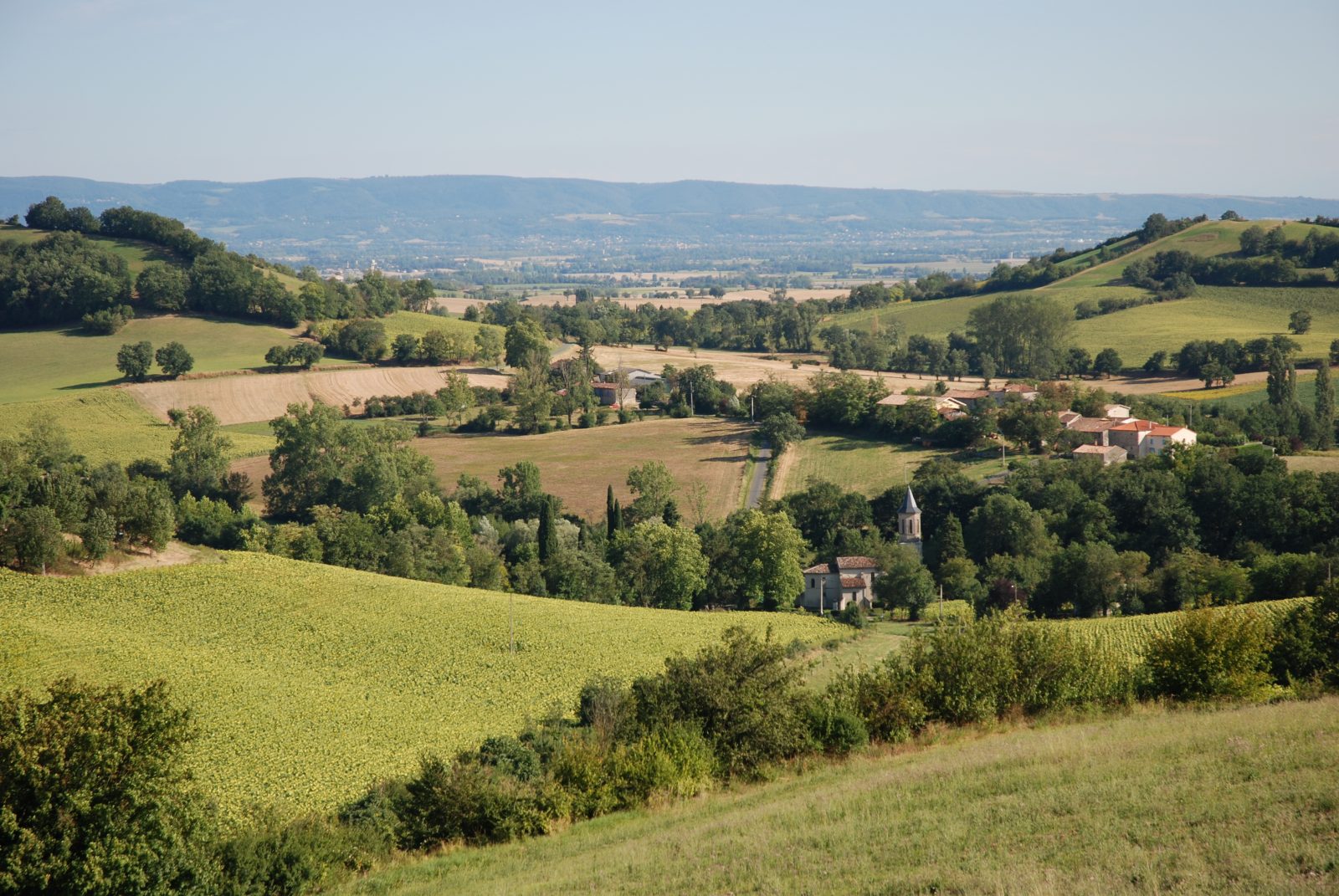 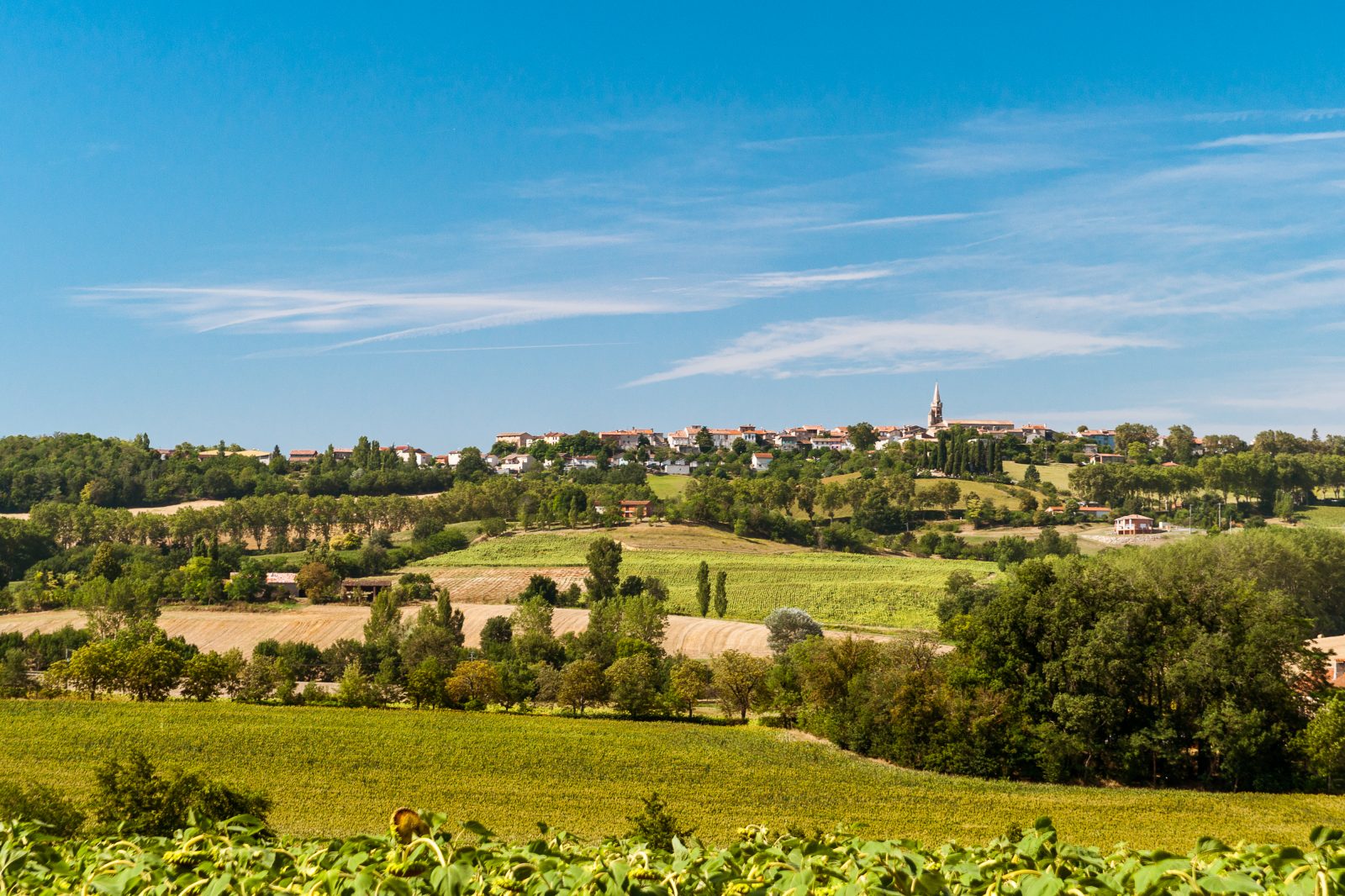 Located in the heart of the "Pays de Cocagne", Puylaurens is a wonderful look-out spot, overlooking the plain of Lauragais, the Montagne Noire and - when the weather allows it - the Pyrenees.
This old protestant town is also the birthplace of the song-writer who first called the french republic by the name of Marianne.

The fortified town of Puylaurens became in the 16th century a high spot of the Pays de Cocagne -or land of prosperity- thanks to the cultivation of pastel, the plant from which was extracted the blue pigments. The plant was sold all around Europe under the form of dried balls called "cocanhas" in occitan, which explains the name "Pays de Cocagne". The trade of pastel incidentally enabled the circulation of ideas and this is how Protestantism traveled from Northern Europe to Occitanie when the kingdom of France had always been catholic. In the year 1660, the Protestant Academy located in the city of Montauban was transferred, by order of the king, to Puylaurens. It remained there during 25 years and was shut down as the Edict of Nantes, that granted religious tolerance, was annulled.

In 1792, during the French Revolution, an inhabitant of Puylaurens, the cobbler and minstrel named Guillaume Lavabre wrote a song called "La Garisou de Marionno" (the Healing of Marianne), a popular satyr in which he gave the name Marianne to the French Republic. The text of this song is the oldest written token of the attribution of that name to the Republic, the town of Puylaurens can thus be considered as the birthplace of Marianne, allegory of the French Republic.

Places of interest:
- Look-out over the plain of Lauragais and the mountains
- The church Notre Dame du Lac and its picturesque covered market, the church was destroyed by the Protestants in 1621 and again by a fire in 1896.
- The protestant temple
- The half-timbered-houses from the 17th and 18th centuries
- The fortification walls
- The castle "Cap de Castel", former medieval construction that served as a prison during the Albigensian Crusade and is now part of a hotel-restaurant
- The weekly market, the local producers market in summer, and the horse market that takes place the first Sunday of each month.