Albi, Cordes-sur-Ciel, Ambialet, Monestiés, Carmaux… this is a land of treasures. These towns, villages and bastides, set in the wide expanse of the Ségala, offer a variety of astonishing discoveries. There are plenty of great thrills for fans of history or outdoor sports.

The Albigensian region naturally includes the episcopal city of Albi, but this is far from the only treasure of the region. Ambialet clings on beside the meanders of the River Tarn, Cordes-sur-Ciel sits up above the skies, Monestiés and its life-sized statues play hide and seek, Penne perches underneath its vertiginous château… to mention only a few. They all deserve your attention. Follow your desires, you won’t be disappointed.

Like Russian dolls, these admirable towns house innumerable treasures of architecture, history and art: the Cathédrale Ste Cécile, the museum of painter Henri de Toulouse-Lautrec with more than 1000 artworks, the Forest of Grésigne, the Viaur viaduct, the Byzantine-style frescoes by Estonian artist Nicolaï Greschny at Les Monts d’Alban… An immense heritage, the legacy of centuries of history and human intelligence.

And time seems to have had no effect on these priceless jewels. As you visit these sites, contemplate these monuments, follow the traces of history through ancient streets and roam the surrounding wilderness, you will begin to understand the Albigensian identity.

The “real” Albigensian (Cathar) sites in the Tarn 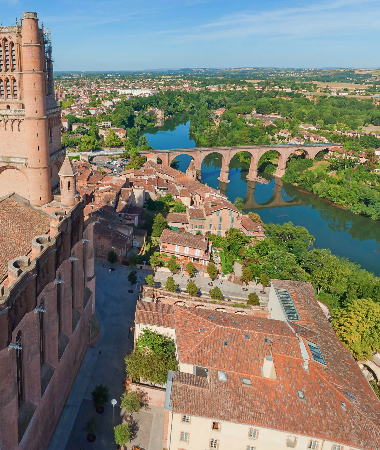 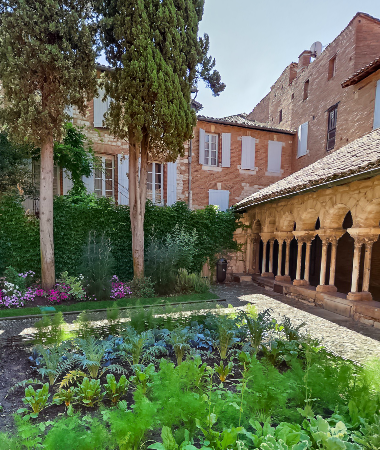 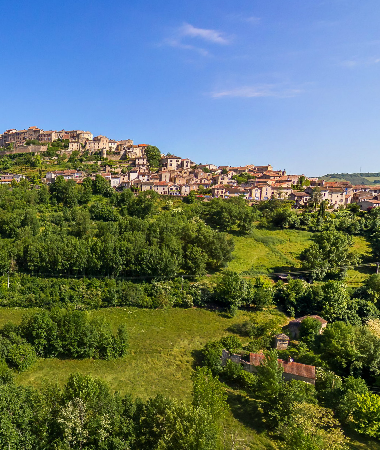